Science art is an art phenomenon that has become exceptionally popular in the world in the second half of the 20th century. It is created by artists who work in laboratories and by scientists who have a keen interest in the world of beauty. Askold Kucher is a unique phenomenon for Ukraine. He is, probably, the only representative of our national science art. This artist creates his masterpieces using ultrasonic scanning devices, as he is a professional doctor, instructor of Lviv National Medical University and a holder of PhD degree in medicine. This year Kyiv saw his ultrasonic scanning graphics for the first time within the framework of the collective project Tamed glitches and a personal exhibition of Askold Scientia Perfecta in Hudgraf gallery. His old friend – Ihor Hulyk – had a talk with Askold about the subtleties of the unusual for Ukraine medium on the boundary of art and medicine. 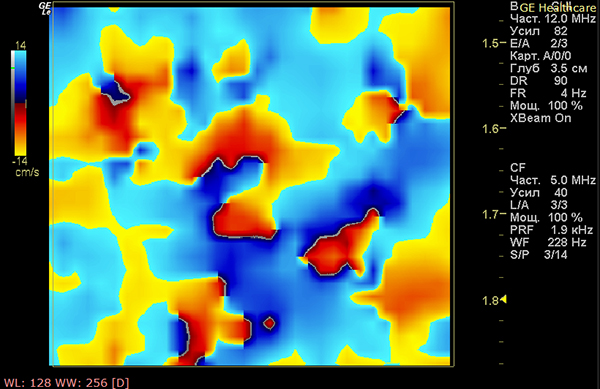 It is so nice and easy to talk to an old friend; it is a lot harder to write about him. The problem is not that you feel misgivings not to put in an inappropriate word that can potentially break up the puzzle pieces of your relations put together a long-long time ago. More important is another thing: apprehension of missing something imperceptible, failing to say what your buddy considers to be most important and, therefore, going without saying for him personally.

I guess we have been friends with Askold Kucher for over forty years. Since childhood, to be absolutely precise. Yet those reminiscences from childhood are fragmented, wrapped up in the haze of rustic paradise and carefree life. Kucher now – a well-known doctor- diagnostician in Lviv – was an absolutely real, even ordinary man till the day when I learned about some other facet of his life.

This happened in his consulting room, when I had just another itching to examine my “inner world” – to check up the entrails and determine, so to say, their fitness. It was then that Askold described and showed to me what he was spending his weeks, every free moment on – ultrasonic nocturnes in the techniques of science-art.

Askold may disagree with my definition of the genre – nocturne. Somehow it seems to me very accurate. In the long run diagnosis is an ambiguous affair. Who else if not Kucher may know that? 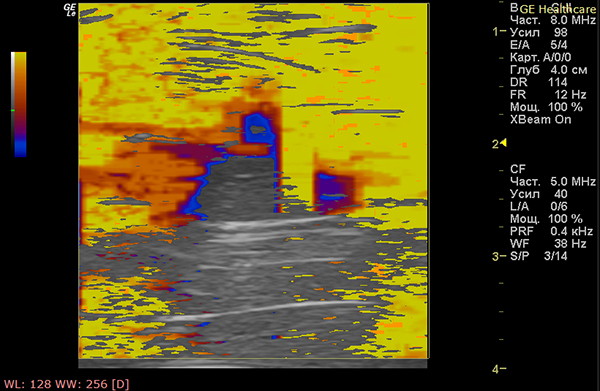 – Askold, it’s a curious thing. People say in general that the art’s subject and object is the man’s inner world. Properly saying, the more perfect, the more complicated is this inner world, the more elevated, more refined are the art masterpieces. In your case it so happened, that the inner world in its physical sense became a peculiar palette for the creative work. The inner world in literal, medical sense…

– …It just so happened. I started diagnosing work using imperfect devices, for there had been no other better machines. Reading the scans I sometimes noticed miraculous visual combinations, allegories, images. It was then that I felt an urge to preserve those images that in fact – it seemed to me – contain elements of art in them. Unfortunately, in those years the machines did not give such an opportunity. Later on, with the advent of machines that could store and preserve those images, I tried to implement my old idea, began to improve what the scanner had registered, started experimenting with colors and, eventually, with music illustration. 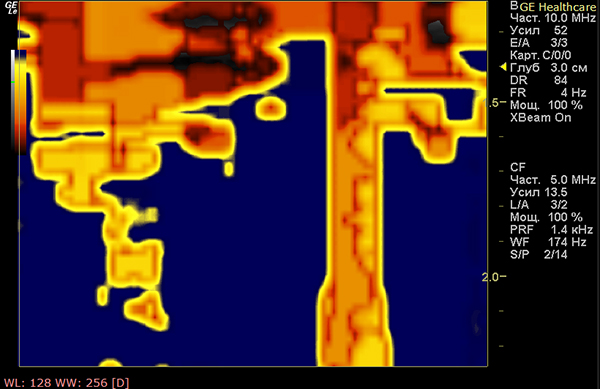 - That means that in your case we have a happy combination of profession and a hobby?

– In a certain sense – yes. For in fact the daily routine, medical practice often produce plans, plots, ideas. But… I started to think about the ethical point of such art a long time ago. Doctors are a specific caste, they have access to the innermost things, to what is now they love to call “personal data”. For what can be “more personal” than, say, an ultrasonic image of your pancreas? And using the subject of general examination without your permission would be, putting it mildly, unethical. This is why I work now with other material – liquids, mixtures. If our organism is a liquid medium – by 80%, why can’t we replace it with a gel, oil, suspension?

There is one more aspect that combines my profession and my hobby. The aspect that seems to me exceptionally important for the contemporaries. A man of the 21st century needs privacy, an opportunity to stop and meditate. If you like – we are getting rid of social roles, public outerwear, become our own ourselves. So, for me my “Sunday séances” (I usually work on Sundays) is the time for creation and meditation as well.

- Well, that’s a good meditation that has led you to the exhibition in the capital’s Small Art Arsenal. You are nearly regarded as the founder of the Ukrainian science-art, they say at least that you are the only one. At present. You could count them in the world on the fingers of your hand. How about your role of the trailblazer?

– You see, the matter is not who is the first. Although I shall admit I feel fine with such rather unexpected recognition. 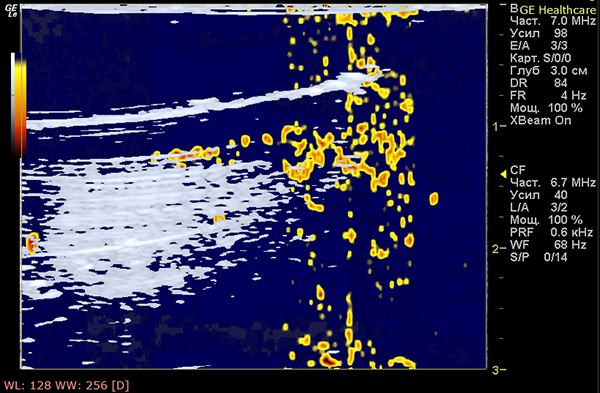 – But one seditious thought bothers me all the time. Your art – for all its modernism and technological component, does not fit in the context of “mass culture”. That is, your nocturnes will not be “consumed” by everyone, at best they will pretend they understand it…

– There are two things. The first one – aesthetic taste, a sense of beauty, of something perfect that delights the eye. There is a fat chance to find aesthetics in our post-Soviet environment. Mediocrity, squalor, primitiveness. And imagine, this is the generation that stands on the shoulders of hundreds and hundreds of generations famous with their great cultural achievements.

But who else if not us will fill up this cold and brutal space with elements of beauty? Who else if not us will make our life brighter, more refined? I’ll tell you, that one of my works serves as a luminaire in my home. And my guests noticing it do not take it for a work of art, they think of it as an exquisite wall lamp, no more than that. But is it so bad? 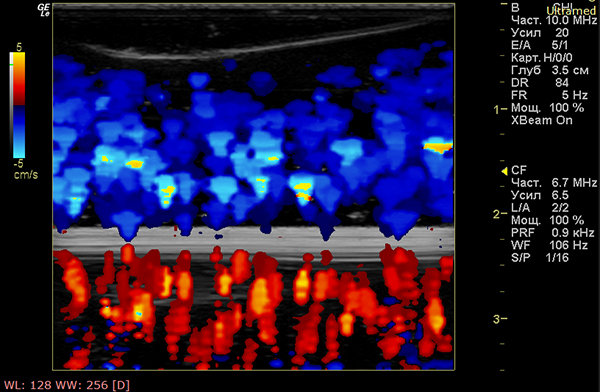 – And another thing. For some reason I do not care what people think looking at my works. It’s more important for me to know what they feel. When the keepers in the exhibition halls tell me that visitors come back to look at my works several times, when I see how these people relaxing in the chairs meditate observing this or that composition I understand: something that happened to me in my modest workshop is happening to them now too. May be they live through other emotions, probably their associations are different from mine, let them be absolutely opposite, but the most important thing is that they are able to empathize, feel, understand, get inspiration, believe, love, hate. That they are wholesome living individuals and not bio-technical robots spoiled by the progress and stresses. 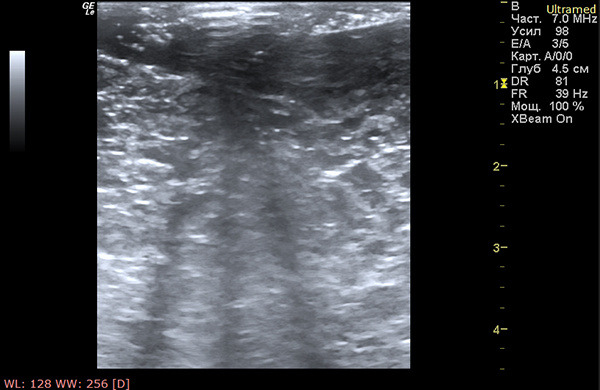 – So, it all came back to where it had started. Through the artist’s imagination the scanner that transilluminates physical organs of human body becomes the scanner of human emotions …

– Yes, it all comes back to where it had started here. But to a higher, more perfect point. The two lines intersect at this point – life experience, genetic code and world outlook of the artist with those of the viewer. And in the result we get what makes us alike, what, in principle, is a stroke to the portrait of a contemporary in general sense of the word – the Man of the 21st century with all its achievements, faults, perspectives, rhythms. 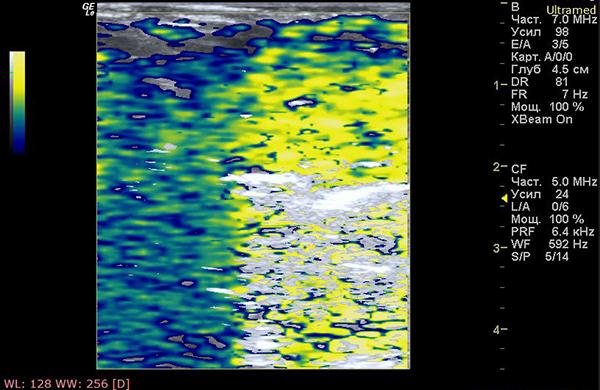 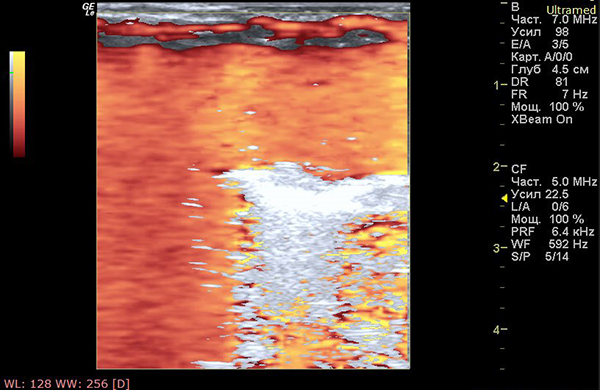 – And still. Every artist with recognition, aside from moral satisfaction, should get certain material gains from his works. I would not dare call your works commercially promising…

– Well, I do not set myself the goal to earn. Most important for me is possibility of self-fulfillment, those Sunday minutes of meditation and understanding life, people, events, myself. Very important for me are the feelings of those who see my works, who leaves the exhibition filled with sincere, true emotions, who is inspired by my works. Let that not be for an inspiration for a spiritual flight – let it be an inspiration to go on living, let it add up enthusiasm, optimism, faith.

If people cared only for the material gains from their elated emotions, the world would be even more uncomfortable and totally imperfect. My father, a well-known chemist – loved to write trendy poems just for his own pleasure, not for the public. A lot of my acquaintances instead of hanging around in bars for some miraculous reason take a brush to paint something, sit down by the computer to describe their impressions, collect seemingly absolutely useless items. It’s life. Everyone has his scanner for his emotions. 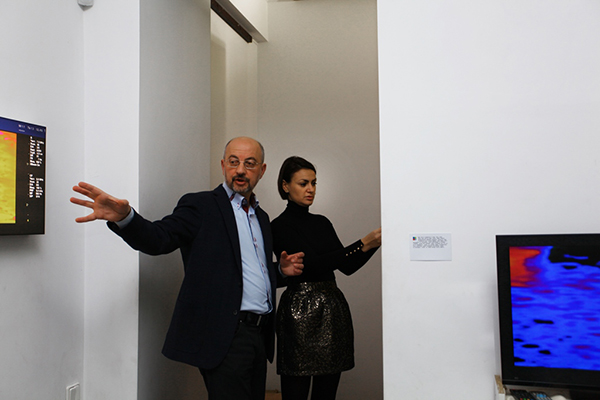 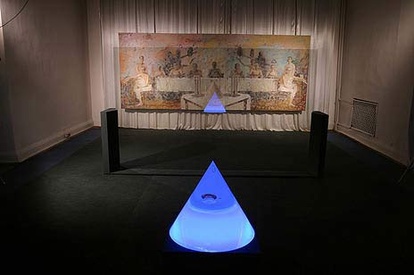 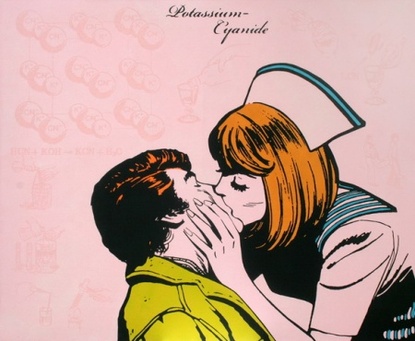 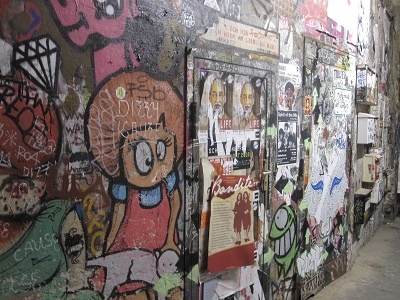 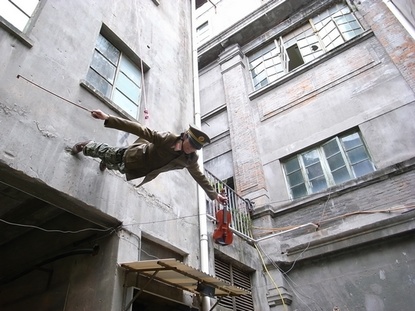