The University of Essex marks the centenary of the Russian Revolution with an exhibition that explores the rise and fall of the cult of Vladimir Lenin. From the exhilaration of the early Soviet years, to the systematic imposition of a personality cult that was used to enforce the will of the Communist Party, FALLEN documents the inglorious fate of the Soviet Union’s deification of Lenin. 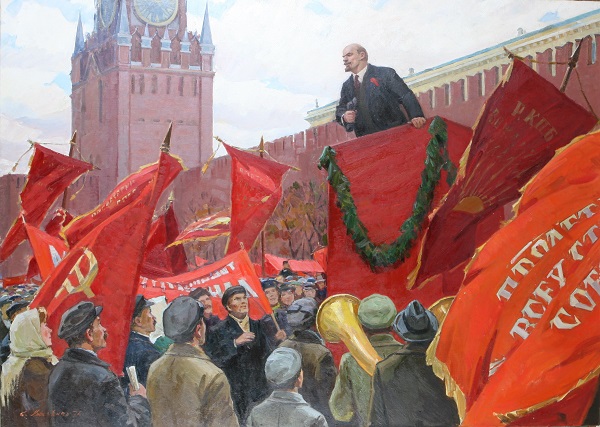 Propaganda paintings, photography, posters and film investigate the glorification of Lenin, first by Stalin to consolidate his power and then by the Communist Party who recognised the potency of art as a political weapon. Iconic works by Alexander Rodchenko, Gustav Klutsis and Sergei Eisenstein centre around a 4 metre long 1:1 scale model of Lenin’s finger from the 100m high sculpture proposed for the Palace of the Soviets that serves to remind us of the absurdity of the Soviet Union’s ruling elite’s ambition. 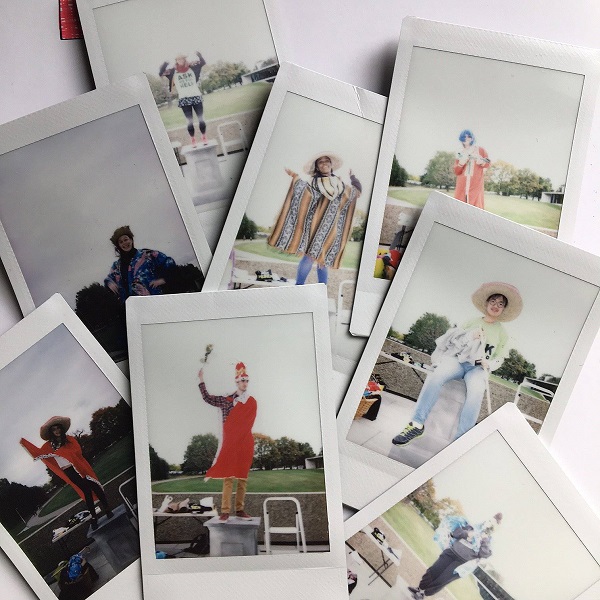 These historic artworks are shown alongside contemporary photography that document the process of de-communisation following the break up of the Soviet Union by focusing on ‘Leninfall’ – the removal of public statues of Lenin – in Ukraine. Niels Ackermann’s photographs resonate with the often violent act of taking down the sculptures, speaking of indifference by some, nationalism by others and bouts of collective amnesia by the Ukrainian government. Empty plinths persist as stark reminders of the absence of totalitarian rule, becoming points of convergence for contending visions of national representation, posing the question: ‘What next?’ As photographer Donald Weber reminds us, ‘History hates empty pedestals’. 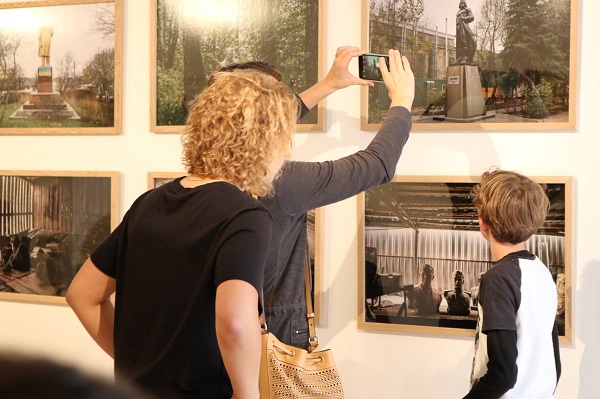 FALLEN is accompanied by a public programme that expand on ideas raised in the show, including talks by Dawn Ades, Owen Hatherley, Myroslava Hartmond and Jess Twyman, a film screening led by John Haynes, while University’s Arts Outreach team respond with a Family Day.

This exhibition is co-curated by Jess Twyman, Director of Art Exchange (University of Essex) and Myroslava Hartmond (Dept of Politics & International Relations, University of Oxford).

Placing the artist at its core, Art Exchange is a space where art, artists and audiences can meet. Our programme of exhibitions, talks and events creates a platform for ideas to be exchanged and connections to be made. We show international, contemporary art by established and emerging artists, historic figures who continue to inspire, and group shows relevant to current debate. Sited at the University of Essex in Colchester, we are inspired by an intellectually curious audience, while the research and study around us feeds into our programme of talks, films and debate.